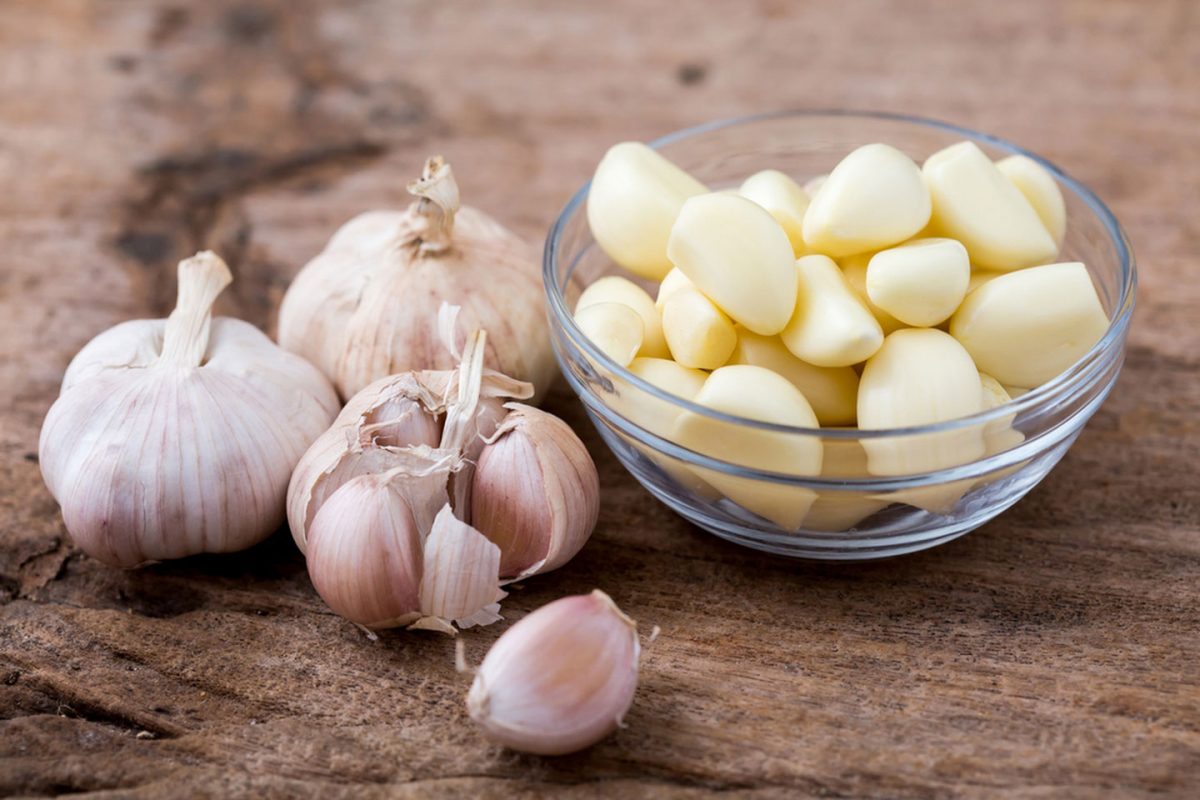 Some of the links in this post are affiliate links. This means if you click on the link and purchase the item, I will receive an affiliate commission at no extra cost to you. All opinions remain my own.

A flavorful vegetable with a pungent, intense and unique aroma, garlic is a key flavoring ingredient used extensively in every cuisine around the globe.

Garlic ( Allium Sativum) is also touted as a super-food, thanks to its scientifically and clinically proven health-improving properties which are optimally maximized when it is consumed raw.

It is generally recommended to consume 1-2 garlic cloves on a daily basis for the prevention of a large number of diseases.

If you have scheduled a romantic encounter and you are worried about your breath after consuming fresh garlic, you can simply chew a couple of mint leaves and the garlic’s pungent odor will be gone in no time.

There is also the option of getting your daily dose of garlic by taking it in the form of capsules or garlic powder, available in drug stores. 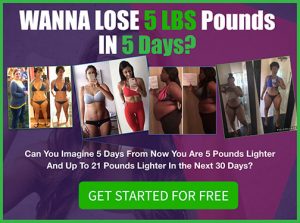 An Introduction To Garlic – An Amazing Superfood 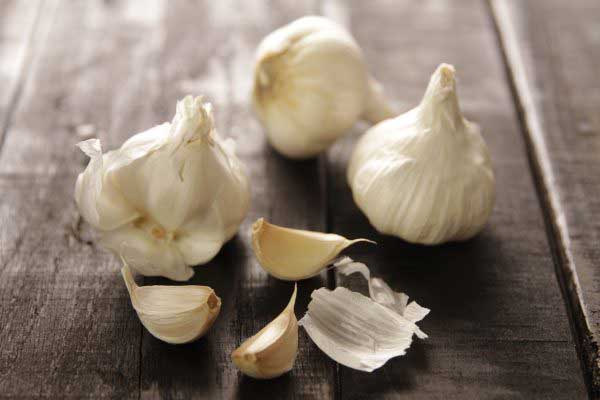 In terms of the health benefits of garlic, this popular vegetable is in a league of its own.

According to extensive research, garlic boasts an amazing range of benefits for the health of people and pets as well.

Garlic can easily give any corporation in the pharmaceutical industry a run for their money. This is because this natural product can prevent and treat effectively and safely a wide variety of somatic disorders and conditions.

That too without the side-effects associated with the majority of drugs used in allopathic medicine.

Garlic has no contraindications, nor any side-effects, except for a minor stomach discomfort when consumed raw and in large quantities by individuals suffering from gastric ulcer.

Garlic displays a plethora of medicinal properties attributed primarily to its immunostimulating, vasodilative and antioxidant effects.

From minor medical issues such as a common cold or flu to serious disorders such as cancer, garlic has proven, since ancient times, to be a powerful, safe and effective natural medicine.

Below is by no means an exhaustive list of the multiple health benefits of garlic, one of the healthiest food in the world, hands down.

A Closer Look At The Health Benefits Of Garlic 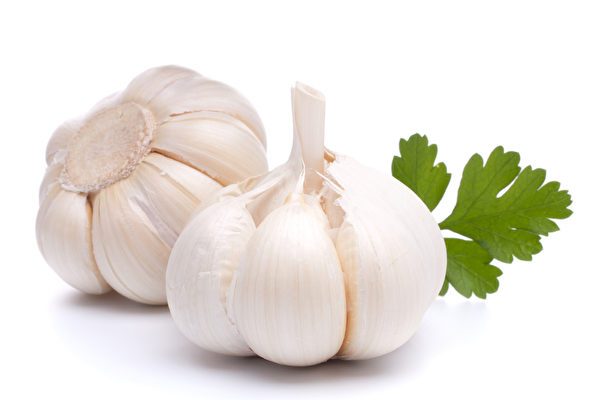 1. Garlic Lowers Cholesterol Levels and Protects Both the Heart and the Blood System

According to multiple scientific and clinical studies gathered in the US National Library of Medicine, garlic can prevent the occurrence of any type of cardiovascular disorder, including heart failure and heart attack.

It is also widely used as a natural treatment (often associated with allopathic drugs) for coronary heart disease, high cholesterol levels, hypertension, cardiomyopathy and atherosclerosis (or the thickening of the arterial blood vessels primarily due to excessive accumulation of cholesterol, triglycerides and calcium).

As shown by scientific evidence, garlic’s sulphur-containing compounds (the same ones which give its characteristic odour) are able to reduce both serum triglyceride and total cholesterol levels.

This leads to vascular calcification or arterial plaque formation being effectively inhibited and thus the risk of atherosclerosis (which will remain asymptomatic for many years) significantly lowered.

According to scientists at Emory University School of Medicine, a compound of garlic oil called diallyl trisulfide may be used as an effective treatment for heart failure.

This compound is also beneficial following a heart attack and during heart surgery. The cardioprotective properties of garlic are attributed to the process of breaking down garlic-derived polysulfides into hydrogen sulfide, an endogenous cardioprotective molecule found in red blood cells ( RBCs).

5. Prevent The Occurrence Of Cardiomyopathy

Furthermore, researchers discovered that garlic oil may also prevent the occurrence of cardiomyopathy in patients suffering from diabetes. Cardiomyopathy is a disease of the heart muscle and the leading cause of death among diabetics.

Garlic is also a blood thinner, thanks to its compound called ajoene and it prevents blood clots from developing. If you have surgery planned, it is important to stop consuming garlic 2 weeks prior to surgery, in order to decrease the risk of post-surgery bleeding.

Garlic has been medically proven to be effective in decreasing hypertension or high blood pressure.

8. Reduces the Risk of Almost All Types of Cancer

Garlic’s anti-cancer properties are attributed primarily to its organo-sulphur compounds such as allyl sulphides.

Scientists found that diallyl sulphide is able to inhibit the conversion of PhIP (an amine associated with an increased risk of breast cancer) into carcinogen molecules.

Moreover, researchers at the Medical University of South Carolina discovered that diallyl sulfide proved to be the most effective organo-sulphur compound against cancerous cells in glioblastomas, a fatal brain malignancy.

In addition, according to a study conducted in China, people who consume twice a week fresh garlic are able to decrease the risk of lung cancer by 44%.

Chinese urologists conducted another study which revealed that raw garlic intake is associated with a lower risk of developing lung cancer.

Garlic Has Powerful and Medically Proven Anti-Bacterial, Anti-Fungal, Anti-Parasitical and Anti-Viral Properties. Garlic is able to fight off a large range of disease-causing bacteria, fungi, skin, and intestinal parasites as well as viruses.

According to a study conducted at Washington State University, the same compound diallyl sulfide is 100 times more effective than two widely used antibiotics in the treatment of intestinal infections caused by the Campylobacter bacterium.

Garlic is also known to prevent food poisoning and enterocolitis by killing harmful bacteria found in various foods and water, including E. Coli and Salmonella enteritis.

11. Use To Treat Fungal Skin Infections

Clinical evidence has also shown that the compound called ajoene found in raw garlic works miracles against fungal skin infections such as athlete s foot and ringworm as well as parasitic diseases such as hookworm infections.

Garlic is also used to prevent the common cold and flu and to treat throat and other upper respiratory tract infections such as chronic bronchitis.

13. Other Surprising and Amazing Health Benefits of Garlic

Garlic also boasts anti-inflammatory properties, which makes it beneficial in a wide range of inflammatory conditions such as osteoarthritis affecting the hip joint, arthritis, rheumatism, and allergic rhinitis.

It is important to stress that heat has a negative impact on its anti-inflammatory effects and in order to reap all the health benefits of garlic, it should be consumed raw and finely chopped – this ensures the release of an optimum level of allicin.

Garlic was also found to be associated with a decreased risk of spontaneous preterm delivery in pregnant women.

Garlic also regulates blood sugar levels in diabetics, it is effective against hair loss, improves iron metabolism, it has aphrodisiac effects, it promotes toothache relief, it fights off allergies, it is useful in weight loss management and the list could easily go on.

Let us know if you liked the post. That’s the only way we can improve. 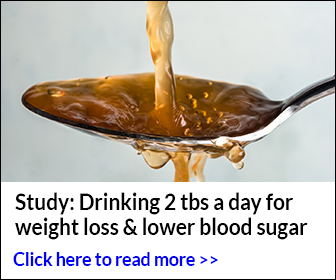